Ever experienced being sick of color? It's almost as if some days, the sight of another bright neon or dark, vampy color just doesn't get you excited anymore. Don't get me wrong, these colors are still very much beloved, but after sporting them one after the other, it just gets old. They somehow lose that "oomph" that you crave. For times like these, I tend to reach for my neutral shades. I have a bunch of pale pinks and mannequin hand colors for just this purpose. I find it's a great way to clean the palette and get you excited about wearing bright, fun colors again. Today's twin post with Marta of Chit Chat Nails features one such shade that will always be a classic: Brand/Name: Color Club Pardon My French
Color: Pale peach/pink
Finish: Somewhere between a jelly and creme (Crelly? Jeme?)
Price: $3-8 CDN for 14mL
Seen at: Nail Polish Canada, Trade Secrets, Winners (as part of an unnamed set; seasonal availability) and wherever Color Club is sold.
Note(s): Originally part of the collection of the same name, Pardon My French was released in Spring 2010 along with five other nail polishes (including Take Me To Your Chateau from Monday's post). 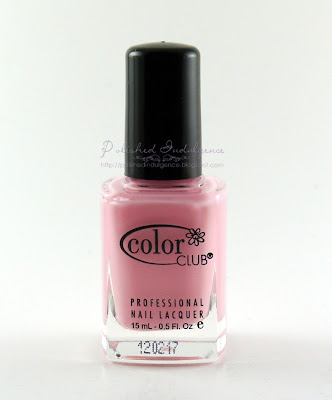 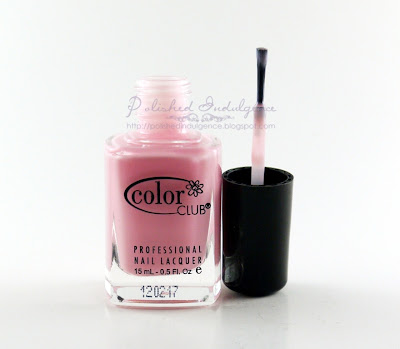 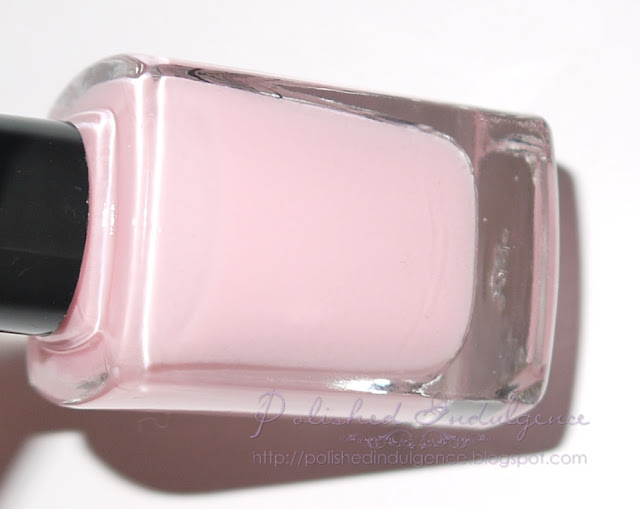 Pale peach/pink; very girly!
I had to call it peach/pink. It's too peachy to call it just pink and it's too pink to call it just peach. I'd say it's a happy midway between the two. While it may not be as out there as other colors, there's something to be said about the simplicity of it. For nail polish newbies, this would make for a great choice to usher themselves towards sporting bold colors. I can also see how this would look great as the base for a French manicure (not that you'd catch me with one) or even a nude half moon manicure. The finish is phenomenally shiny on its own, reducing the need for top coat (though you should still use it to prolong the life of your mani).
***All nail swatches were done with Orly Bonder Base Coat and three coats of Color Club Pardon My French unless stated. Natural light/No top coat/No flash
Pardon the faintly grainy photo. I didn't realize it was so dark till I was editing photos so I had to lighten it up a bit to make the color accurate. 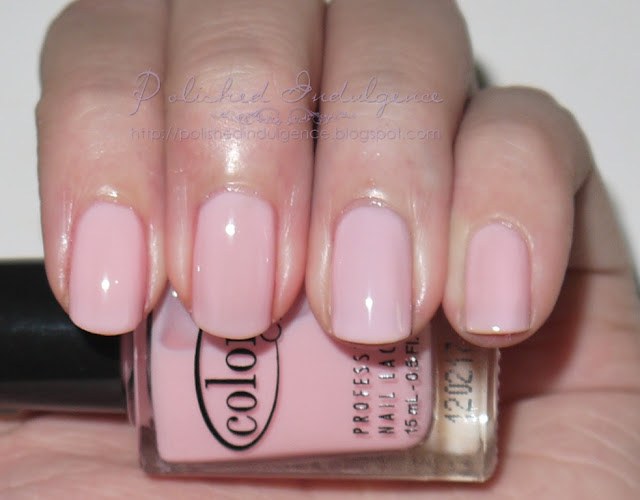 Natural light/No top coat/Flash
See how it has that strange jelly-like quality despite being a creme? 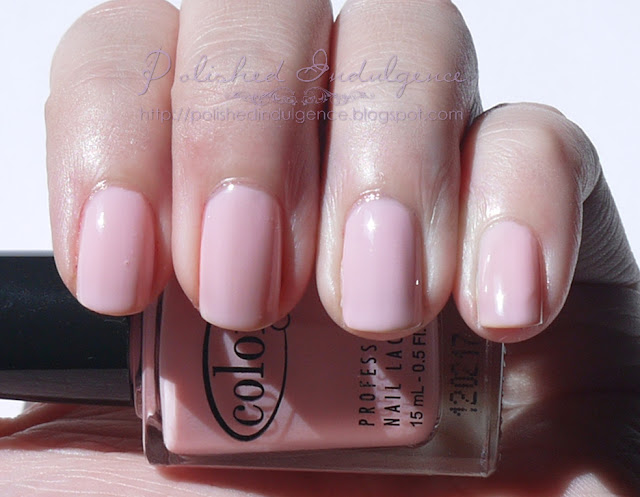 Sunlight/No top coat/No flash
Nice and clean looking.
I have absolutely no issues with the application of Pardon My French. It flowed well and, albeit with a streaky first coat, leveled itself out nicely after three. The brush works well with the formula that's a wonderful midway between thick and thin. Opacity might be an issue but the extra coat (I usually only do two) deals with it to give 100% coverage. Dry time is a bit longer considering the extra coat used. But it's still a pretty good time, clocking in at less than 5 minutes after application. 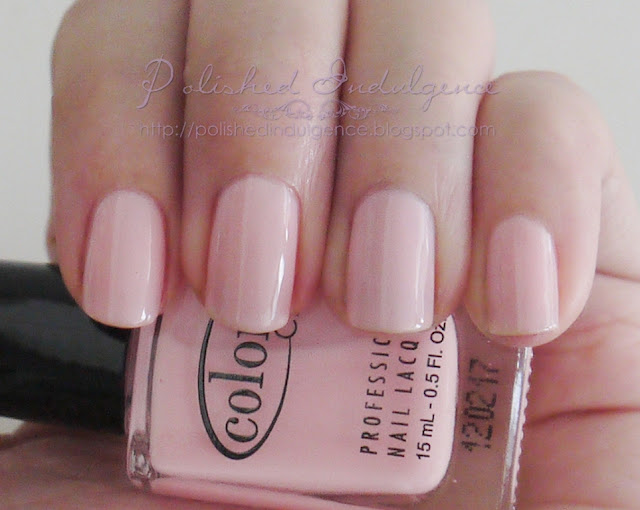 Natural light/Top coat/No flash
Yes, this has top coat! It's really just shiny all by itself. 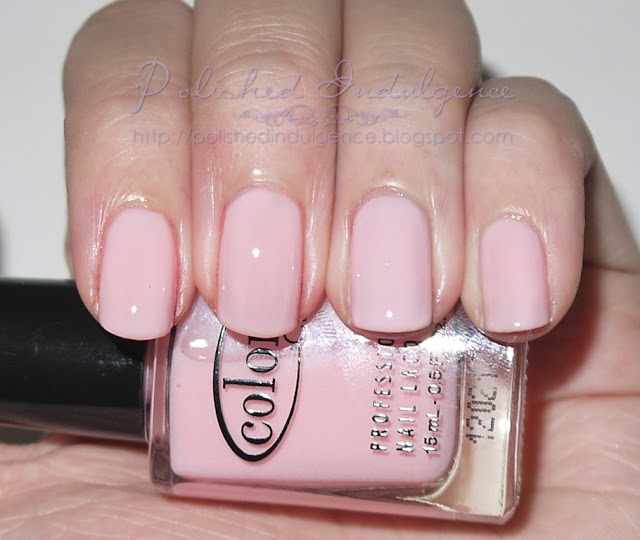 Natural light/Top coat/Flash
Hammie says: This reminds me a lot of CND Tutu except peachier. 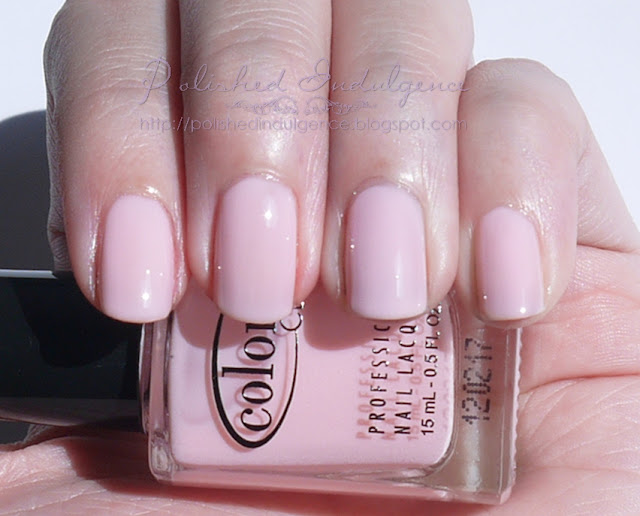 Sunlight/Top coat/No Flash
Hammie says: It looks so clean and crisp.
As mentioned, top coat only serves as a protective barrier as Pardon My French possesses an innate shine regardless.

Hammie was smart to point out Pardon My French's similarity to CND Tutu. They seem to share the same color family except Tutu is a tad more pink and less peachy. Pardon My French also has a jelly-like quality to it that Tutu lacks. As for other similar shades, I'm certain there are a lot. It's not exactly the most unique shade out there. I honestly thought I'd have a match in my stash but as it were, CND Tutu and Essence Sweet As Candy were the closest though not duplicates. Color me surprised! As for availability, seeing as it's from an older collection, this might be harder to track down in brick and mortar stores. But if you're not opposed to purchasing online, there are a lot of online retailers that still carry this collection. Since I got it as part of a set at Winners, my bottle price was significantly lower at $2.14. Does that make this worth it? Oh, most definitely!

In lieu of twin posts, I went with a simple sort of nail art to dress up Pardon My French. I didn't want to go overboard as I wanted to showcase the color and its simplicity. I decided to go with glitter to satisfy our magpie tendencies: 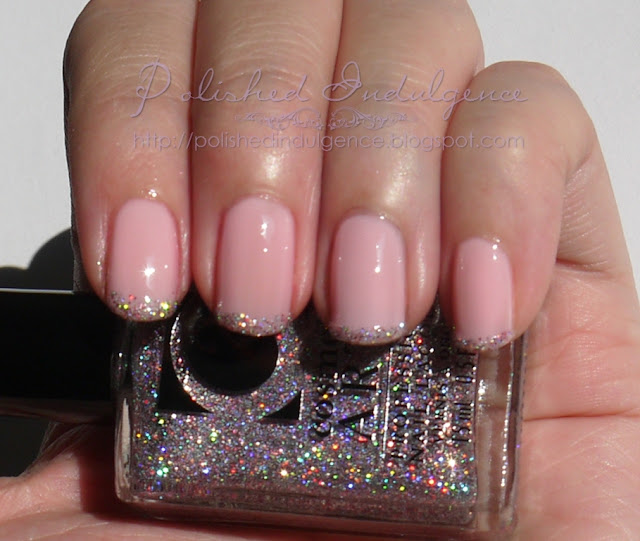 I took the "french" bit of the name literally and came up with glitter tips. 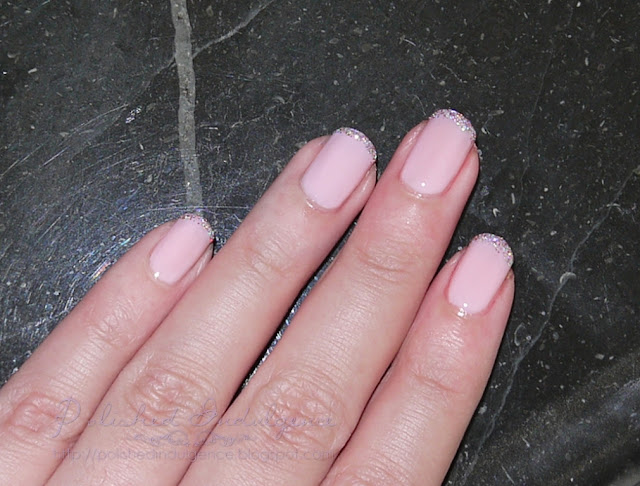 This will probably be one of the rare times you'll see a French mani on the blog.
It's generally not my thing. 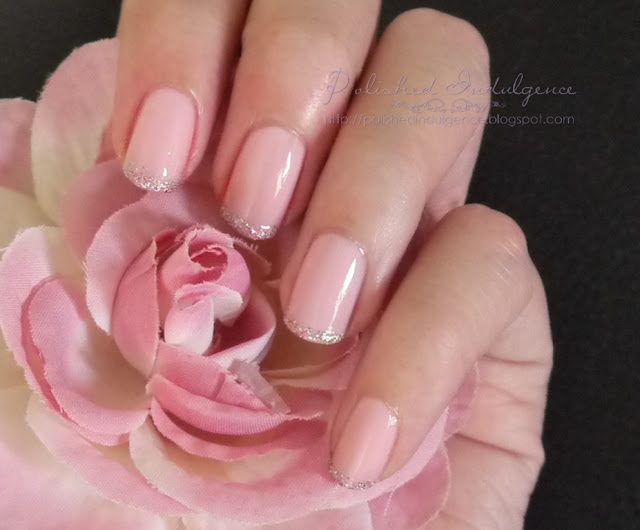 Though I have to admit, I like how delicate it looks. 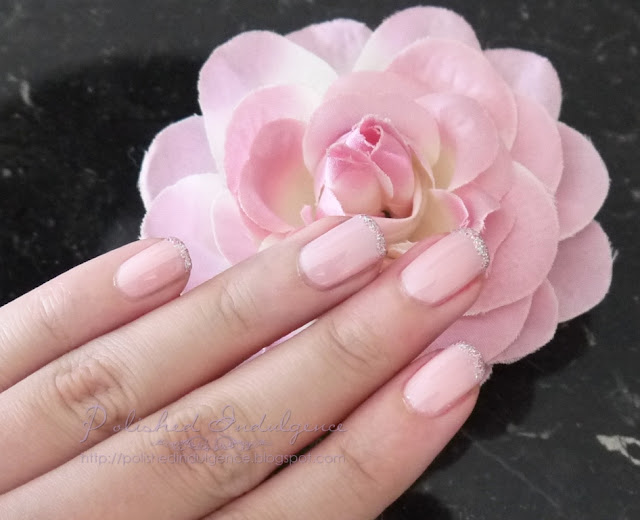 Sometimes, simple does the trick.
Hammie is really enjoying the crelly (that's what he said) finish to Pardon My French. He gets such a kick out of name, too. He says that a nail polish shade doesn't need fancy glitter or color shifting magic powers to appeal to him and this pretty peach/pink fits the bill. He did have to dock a point for the extra coat required to get full opacity. While patience is a virtue, you don't always have the luxury of time to wait out an extra coat. His total score for Pardon my French is:

9 Hammie Points!
And just like that, it's Wednesday again. Isn't it funny how the week goes by so fast when you're busy? I've been scuttling around the place making sure the house is ready for my in laws (they'll be here next week). It also gives me a chance to do that spring cleaning I should've done earlier. But let's not talk of tedious things, have you seen Marta's take on this pretty peach/pink? Head over to Chit Chat Nails; I'm sure it'll be amazing (it always is!) so get going! Before you do though, inquiring minds (ie, Hammie) would like to know: Do you ever get color'd out? If you could only wear one nail polish color for the rest of your life, what would it be? Are you of the mind that wearing almost nude pinks like this is a waste of time when you can wear so many other more exciting colors?

PS. Have you entered the birthday month giveaway yet? It's ending in two days so don't delay! The elusive Fingerpaints Twisted could be yours!
Posted by Carmela at 7:00 a.m.