While the city braces for what is being called the first heat wave of 2012 that (coincidentally) ushers in the official first day of Summer, I thought it most appropriate to sport summer brights: neons. Now, for this one I couldn't decide which color to go with. Luckily, I remembered a particular skittle mani that Mary from Swatch and Learn did a while back that I bookmarked as something I wanted to do myself. At the time, I didn't have enough neons so China Glaze Celtic Sun had to first be recruited to create the look. I was thinking about stamping over it but decided to do something different to add more drama. You won't see that in this post though. That's just foreshadowing for next week's Nail Art Wednesday. *wink* 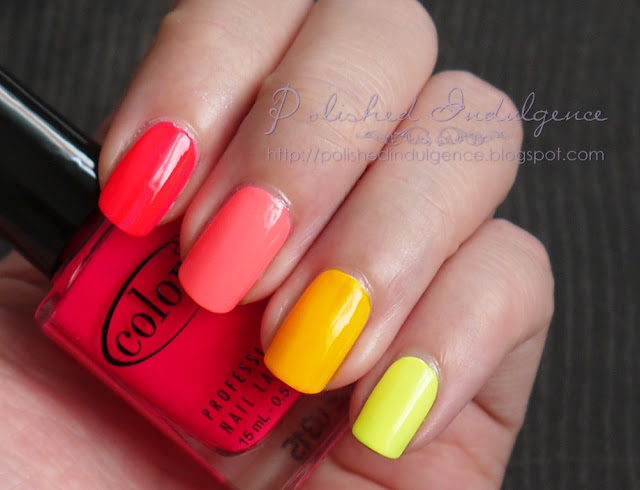 So bright! Not for the faint of heart!

You probably don't need to be told how this was done as it's pretty straightforward. I did, however, try to use a white base underneath to see if it would help with opacity problems that plague neons. You actually don't even need to have a super opaque white as I only put a single coat of French White Creme. Despite the streaks, layering on two to three coats of the neon polish is enough to give you full opacity. A good top coat also adds much needed shine to the innately matte neons. These gave me a really hard time with photographing them, as neons are wont to do. It almost seems like they enjoy mocking me with their ridiculously difficult to capture colors and scare my poor camera by looking all radioactive-like. 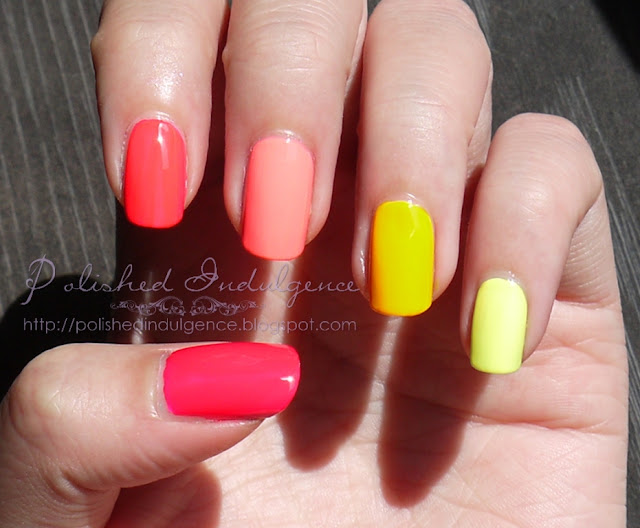 This was the best I could do. That highlighter yellow is positively radioactive! 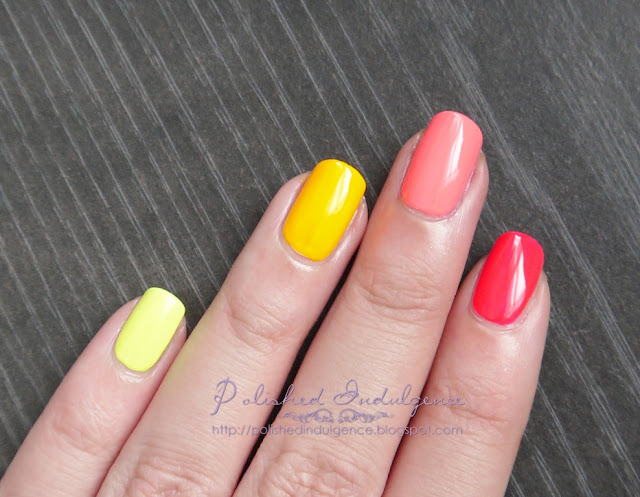 I think the only true to color here is Flip Flop Fantasy on the middle finger and Celtic Sun on the pinky (although much, much brighter in person). 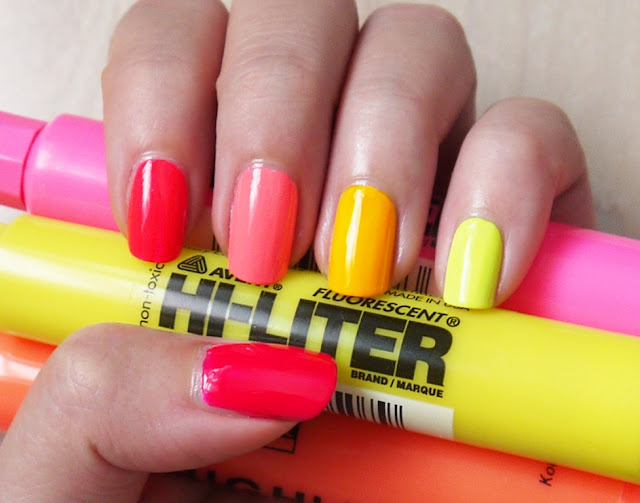 The pun was too good to miss. 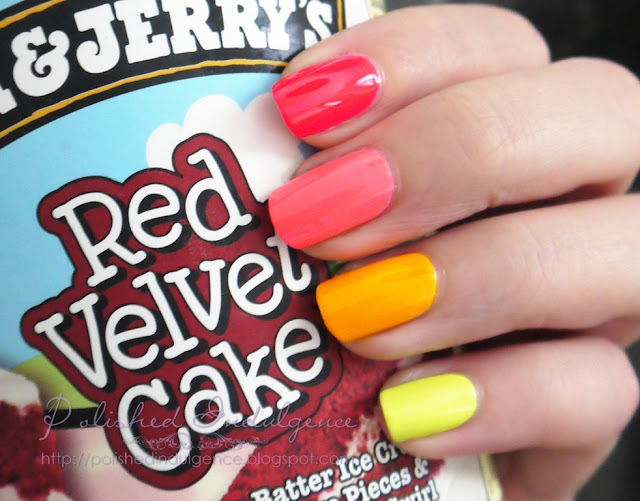 Here, have some ice cream to cool off.

How absolutely fun was this mani? Hammie says that if anyone does a metallic neon, he'd die happy. Now, wouldn't that be something? As if neons weren't retina-searing enough, he wants them shiny! I, on the other hand, really enjoyed wearing this as it does scream summer, doesn't it? I've stocked up on ice cream on the weekend so I think I have enough to tide me over during the heat wave. You definitely won't catch me outdoors for the next couple of days! What colors do you gravitate towards during the summertime? What's your preferred method of cooling off when the mercury rises? Have you sported any neons yet?
Posted by Carmela at 7:00 a.m.