I let it slip last week that this week's Nail Art Wednesday will be based on the neon ombre skittles that I sported then. It was too awesome a mani that I had to wonder if I could make it even better with the addition of something that became a controversy of sorts in the nail polish world. I would rather stay away from the issue (yeah, I can be a pacifist like that) so you won't hear me talking about it. I did think it was such a fun look, controversy or no, that I wanted to try my hand at it. So at the suggestion of other nail bloggers, I headed to my local Michael's to look for the central ingredient in this funky nail look: microbeads. There were soooo many colors to choose from but I went with versatility. Just as well, as it looks fantastic over the neon ombre: 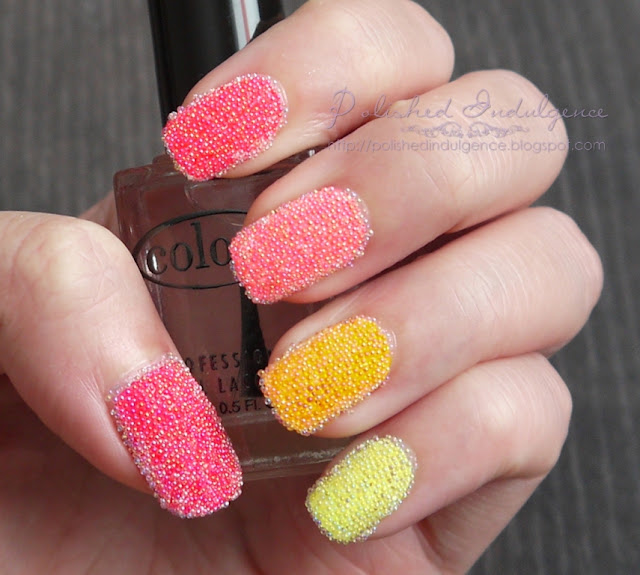 Stepping it up with Fish Egg Nails!

This was a tad messy so I wasn't able to take photos of a step by step procedure (I was afraid to get those microbeads on the camera) but it's easy enough to explain even without any. First off, you'll want to have your base colors painted and dry on your nails. Neons seemed like a great choice as they dry super fast. You'll, then, want to take a small container (I used a 10mL pot that I decant products into for traveling) and pour some of your microbeads into it. Make sure it's not too full to avoid overflow when you dunk your nails into it. It should also be big enough to fit at least a nail at a time. You can also use the container the beads come in, but I just found it easier to maneuver this way. Place it on a paper plate or some such flat container so that you don't get errant beads everywhere (and trust me, they get everywhere). This way, you also have less waste as the beads that fall off onto the plate can be reused in another manicure (or craft project). Having a pair of tweezers handy would be a good idea, too.

Once you have everything ready, place a thick layer of top coat on the nail you'll be working on. You've got to move fast so I really suggest doing one nail at a time. While the top coat is still wet and tacky, quickly dip it into the small container of beads. I waited some five seconds before I took it out. You'll notice that some areas will have clusters of beads, especially around the cuticle area. I used the tweezers to remove the excess. Be very careful though, as you might end up with bald spots if you pick at it too much. Allow some time for it to dry and you should be good to go! (Yes, no top coat on top as you want to keep the texture.) 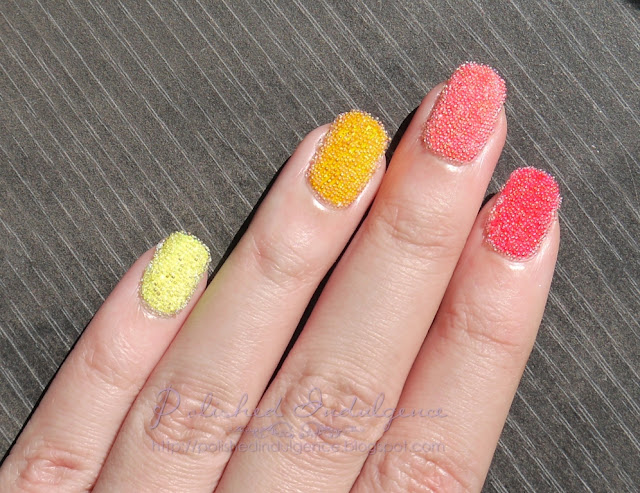 I chose clear microbeads for the versatility. They'll look great with any color underneath! 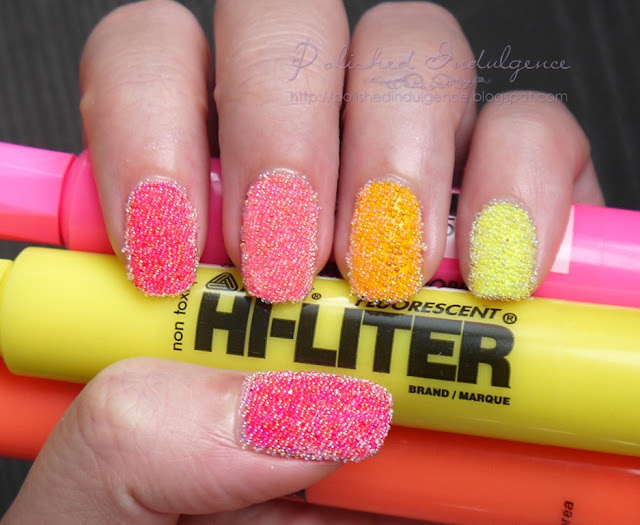 Adding the beads actually made it easier to photograph true to color neons! 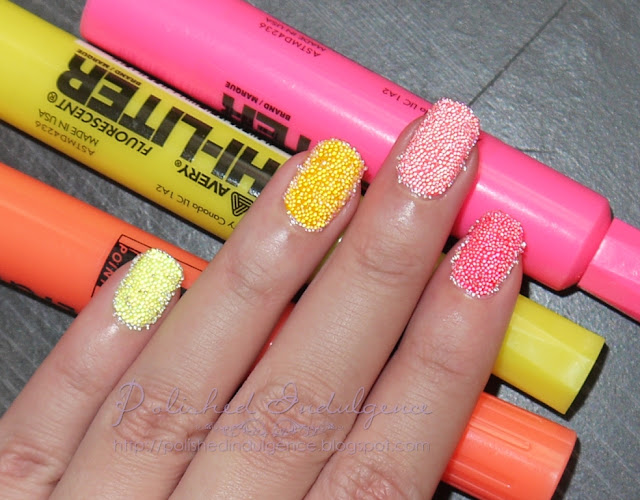 Looks strange under flash, though. 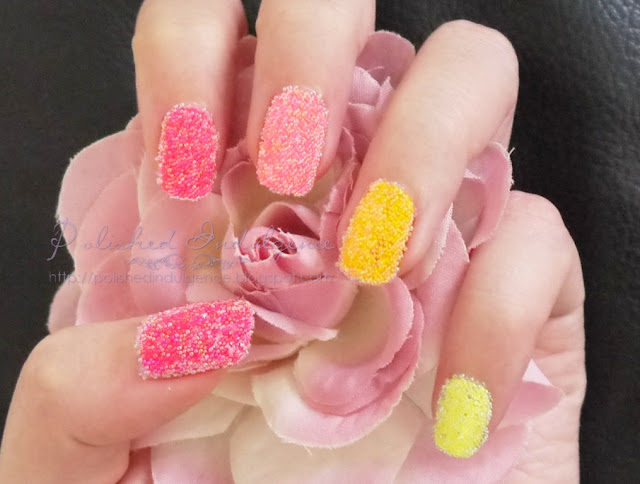 Really like that iridescence (most prominent on the index and thumb). 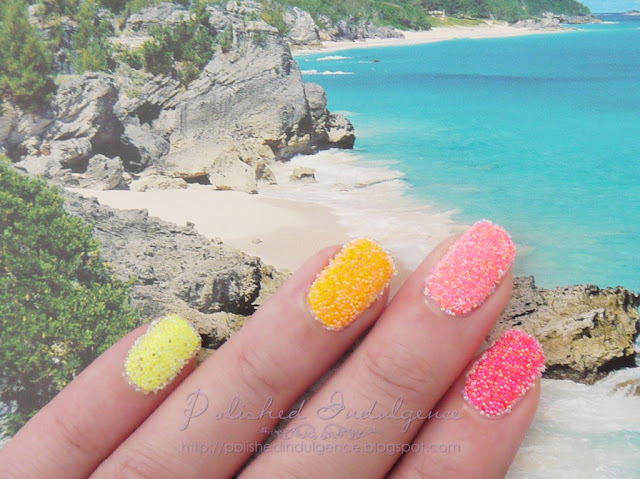 I wonder how this would hold up in a day at the beach..?

This was such an easy to do upgrade to an existing mani. It's not the most practical though and I ended up with beads everywhere while I had this on. I had to take it off after a day. I'm thinking a thicker top coat might address the falling off issue. Or maybe using nail glue, if you want to make sure it all stays put. This is the first time I've done this so my how-to isn't exactly the end all, be all of how to do this particular look. I'd say it does take some practice and experience to troubleshoot whatever issues you might encounter. But the important thing is to have fun with it!

Would you sport the fish egg nail look? Or would you rather keep it confined to an accent nail, perhaps? What's the craziest nail look you've ever tried?
Posted by Carmela at 7:00 a.m.