When the very awesome Jo from Northern Nails called out for guest posts, it was practically a no-brainer that we would help out with at least one. She's come to our rescue more than once before and it was our chance to return the favor. So while she's partying it up in Ibiza, we're helping her hold the fort, so to speak.

Now, Hammie's been delegated as Polished Indulgence ambassador (I've been convinced that it's part of his mascot duties, so who was I to argue with that?) so I do hope you check out what he has to say on these yet another take on beach-y nails while you can read on to see how we did it. If you're here from Northern Nails, welcome! 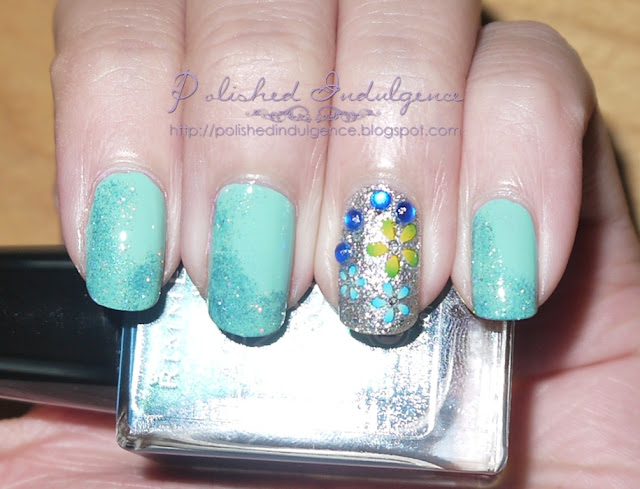 Yep, beach brain isn't something you apparently just turn off.
What I Used:
Mint creme base: Orly Gumdrop
Silver glitter base for accent nail: China Glaze Polarized
Blue shimmer (to sponge with): Rimmel Lasting Finish Pro Marine Blue
Holographic glitter top coat (fine): Sally Hansen New Lengths Silver Slightblade
Blue crystals from Born Pretty Store
Flower decals from Kiss (you can find these at Wal-Mart for $CDN 2.98, if I remember correctly)
How I Did It: 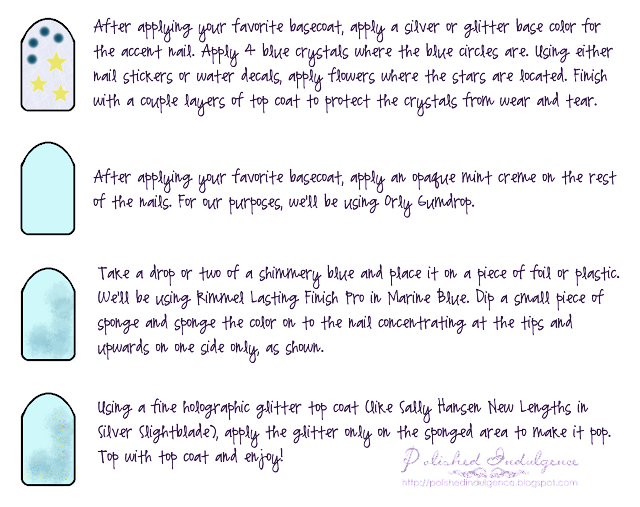 This one was fairly easy to do. The only hard part was trying to make sure the crystals and flowers were placed exactly where I wanted them! I'd also suggest using either two layers of top coat (if what you use isn't the thick sort) or a layer of Gelous before top coat if you want a smooth finish with the glitter. The surface will still be bumpy from the crystals but I suppose that's part of the appeal. As for the sponging part, you can even add a few more layers of, say, green or teal to really up the ante and add even more dimension. 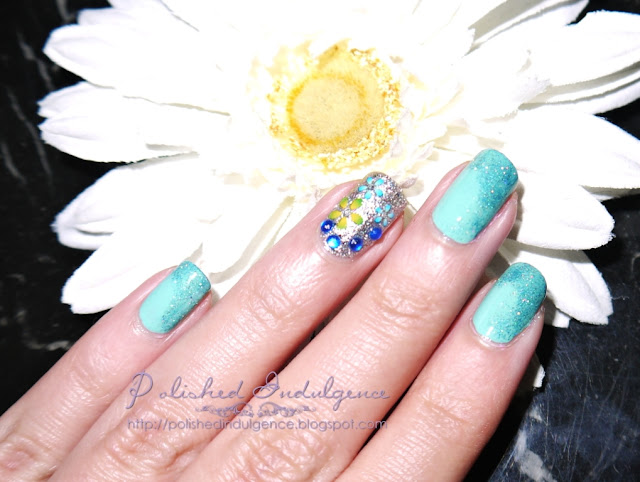 I had to up the contrast some as the flash washed it out. 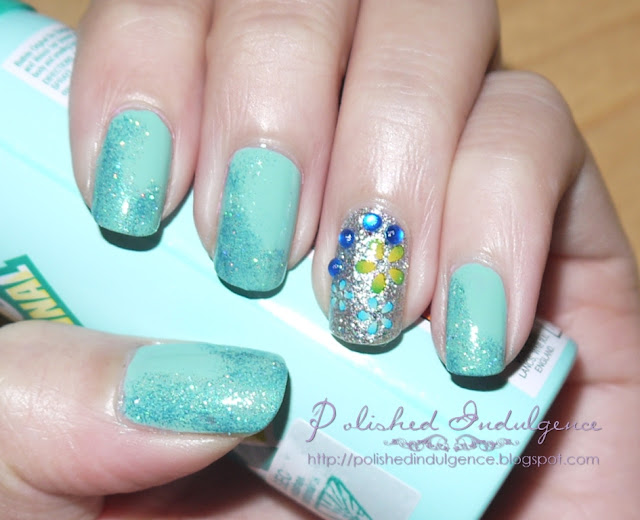 Can you guess what that mint green canister is?
(Hint: it's waaay better the the Ojon dry shampoo I've been wasting my money on all this time.) 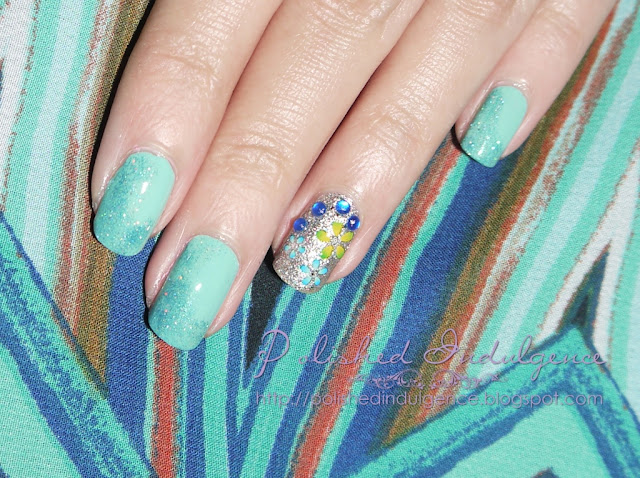 If you follow me on Instagram, this pattern will be a familiar one. ;)
It's been weeks since I've been on a beach and I still can't stop thinking about it. It isn't even funny anymore. Plus, this hot weather isn't helping much either. Anyone know when the ferries to Centre Island open? It's not much of a beach but it's the closest thing in these parts. When was the last time you went to the beach? (If you say yesterday, I'm so green with envy I could totally rival Mr. Banner in angry mode.) What's a color you find yourself gravitating towards lately? Is there a particular nail polish that reminds you of a past holiday?
Posted by Carmela at 7:00 a.m.