When my aunt asked if I wanted to accompany her on a company sponsored, four night, all-expense paid vacation to San Antonio, Texas, I couldn't very well say no. Who was I to refuse a free vacation? The only catch was it was right after our scheduled cruise (and I couldn't bring Mr. J with me, boo). I practically had less than one day in between trips to re-pack my bags then I was back in the airport en route to Calgary (where my aunt lives and where we were flying out from). I didn't even get to spend 24 hours in Calgary to catch up with all my cousins as I got in at 1:30pm and our flight out was at 7:00am the next day (but we needed to be at the airport by 4:00am). Suffice to say, I had only an hour of sleep before we went on our way to San Antonio, Texas! (Warning, yet again: photo heavy post ahead!)

(via Kevin Middleton on Fine Art America)
I honestly didn't know what to expect so I was pleasantly surprised to find how awesome this place was. 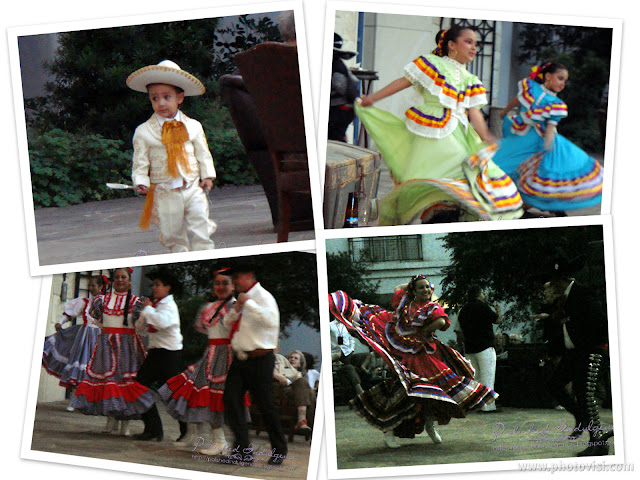 There was a cocktail event on the first night and these dancers were part of the entertainment.
That adorable little boy is only 2 years old and his "sword" was a dinner knife! We were definitely entertained! 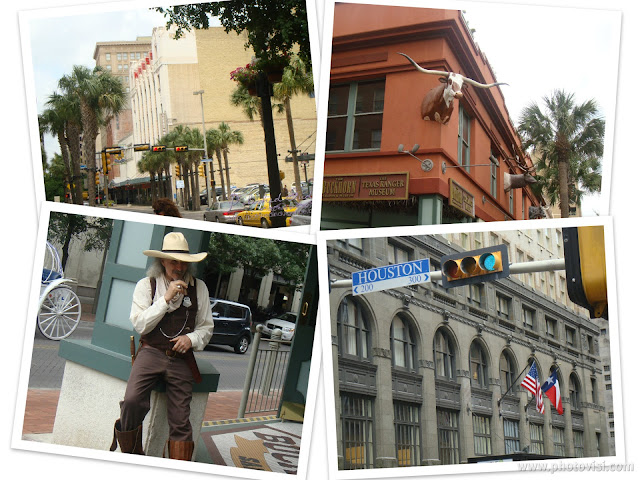 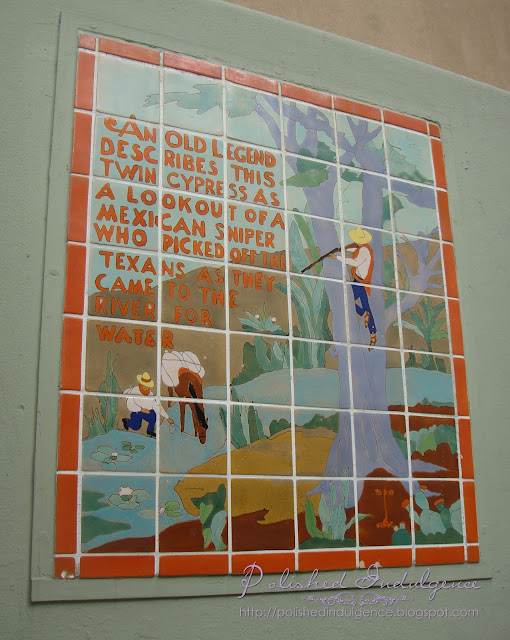 Bits and pieces of history all over the city. 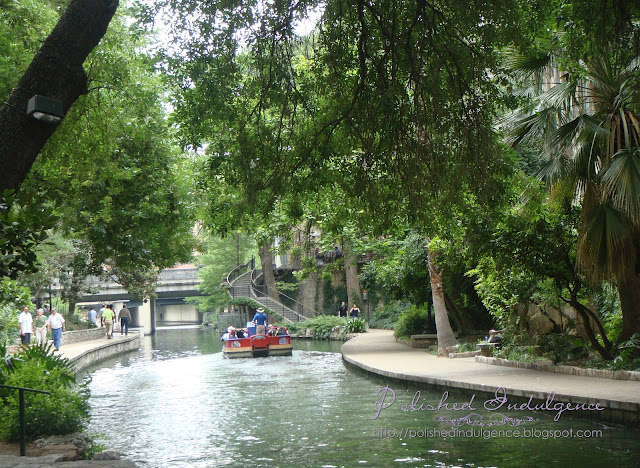 The Riverwalk. Yep, I went on one of those riverboat cruises! 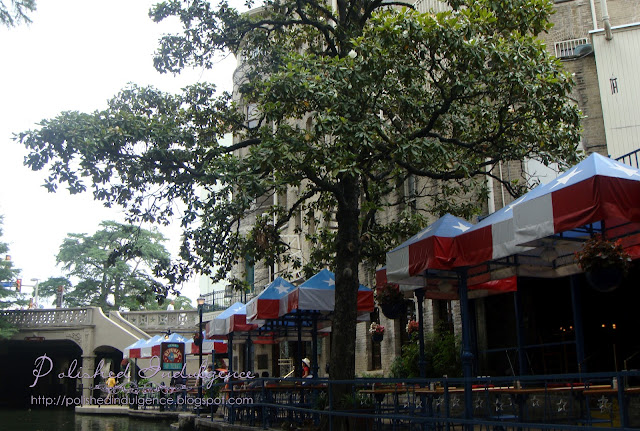 How quaint are these patio areas by the river? Might not be a good place to get drunk tho. :P 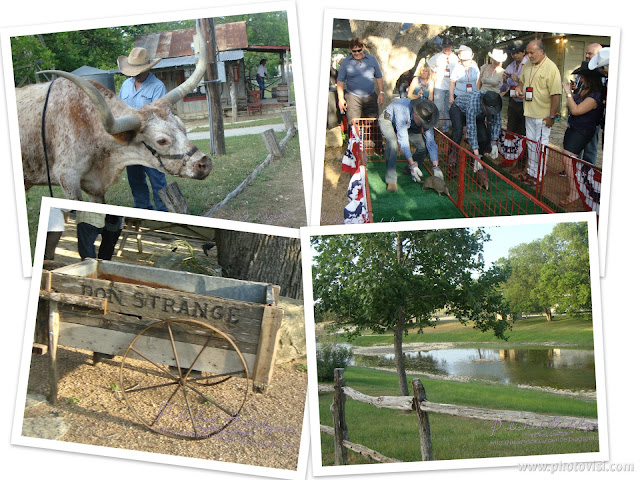 Went to the Don Strange Ranch for an authentic Western style dinner. Check out the horns on that bull!
There was also armadillo racing that I tried to cajole my aunt to do with me but she refused. 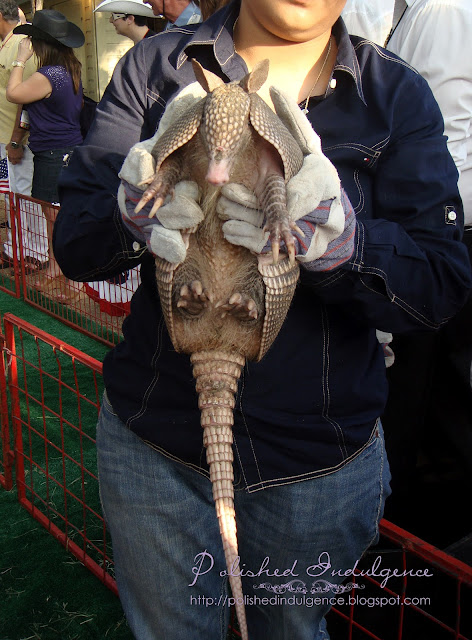 A real armadillo! First time I've ever seen one. They're surprisingly pretty docile. 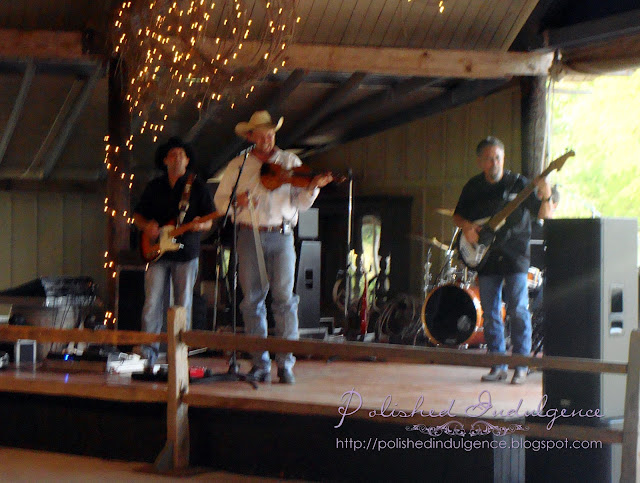 There was a live band that played and taught everyone dances like the two step and the square dance! 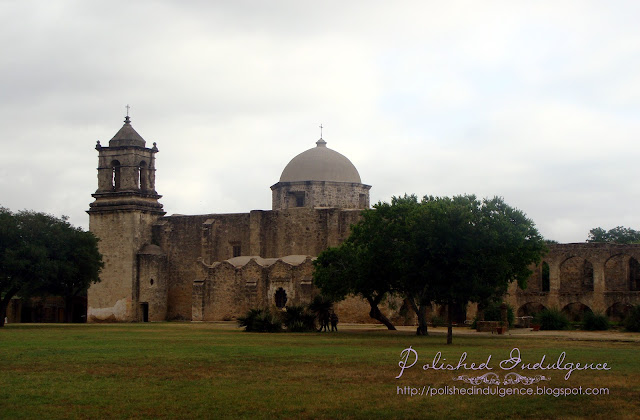 The Mission San Jose, the largest mission in San Antonio.
The history behind this walled city is really interesting. It was run by two Spanish missionaries and two Spanish soldiers whose aim was to convert the nomadic hunter/gatherer natives to Christianity and facilitate the conquest of Spain. The entire structure was built by the natives under the supervision of the Spanish. But it became a refuge that the natives only sought when the pickings were slim outside. While the mission didn't work to create a new wave of indigenous conquistadors, the structure itself is an important piece of history that will serve another generation of Texans as in the Alamo. 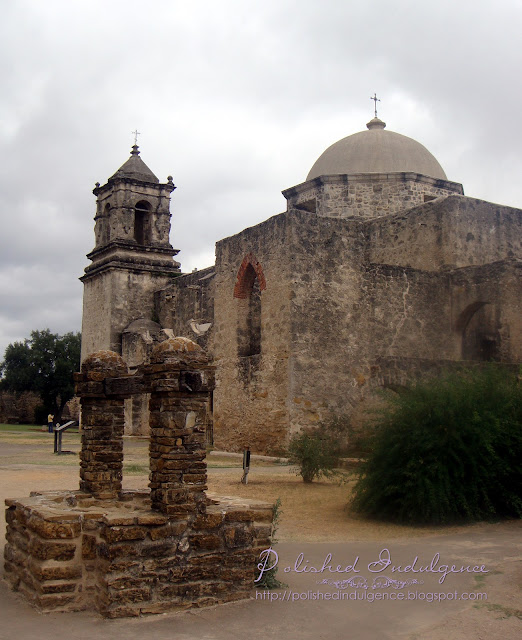 Another view of Mission San Jose. Yes, that's a well in the foreground. 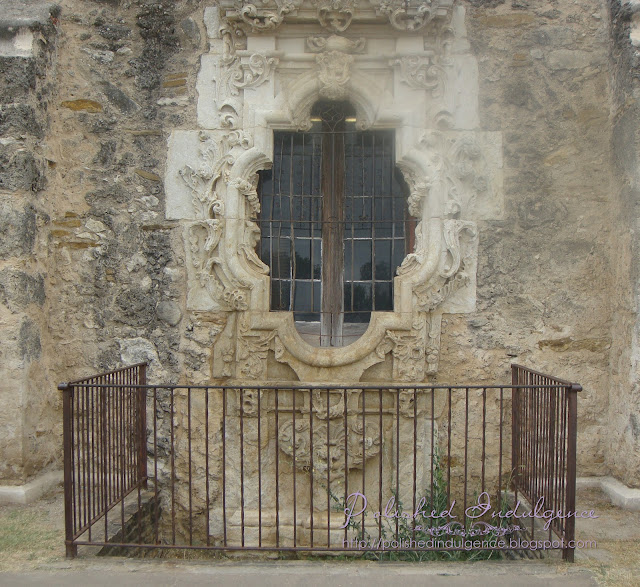 The famous La Ventana de Rosa (Rose Window) sculpted by Jose Huizar.
Legend says that Rosa, Jose's fiancee, was sailing to Texas to wed him but the ship she was on sank.
He named this window in her honor. 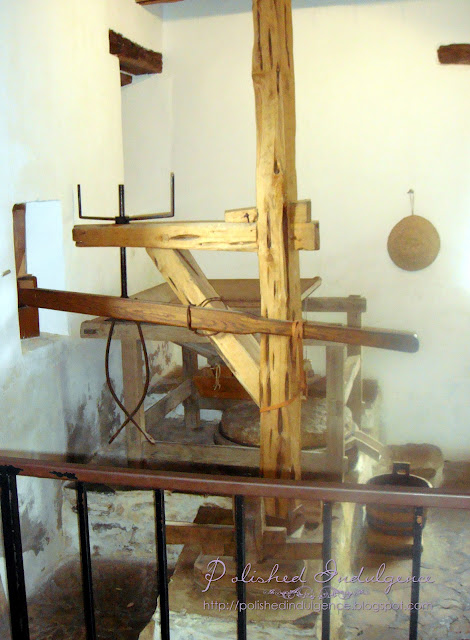 A water pressure driven stone mill to grind grain. The top stone moves to grind the grain and it fall through the chute and into the bucket. It's still in working order after all this time! 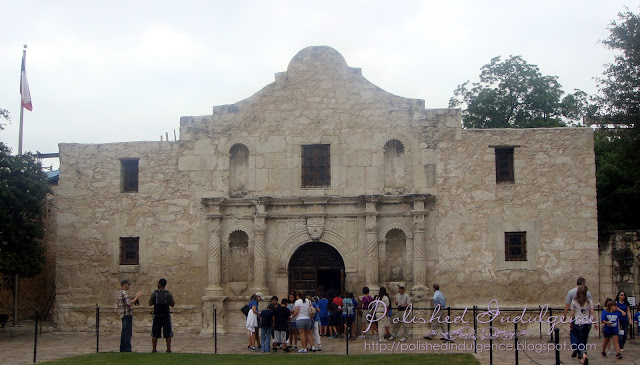 The famous Alamo where Davy Crockett stood his ground against Mexican general Santa Anna.
The structure used to be a Mission called San Antonio de Valero from back in the 1700s. It was still a good defensible structure even a hundred years later which is why it was chosen as the place where the Texians made their stand against the Mexican dictator in 1836.
There was a lot of history in this city that I really enjoyed absorbing. Learning something new is always a good thing in my book! The weather was a nice balmy 30 degrees and up throughout our stay so that made it even better. The Tex-Mex flavor is now something I know I'll crave and try to find in Toronto. All in all, it was such a nice end cap to an awesome three week holiday! And to think I probably wouldn't have even thought to come to San Antonio for a vacation so it was such a good thing that I got to visit for just the price of a round trip flight to Calgary!
Posted by Carmela at 10:00 a.m.