While I'm still getting back to the swing of things (catching up on my beloved blogs is going to take forever, methinks), here's an easy design I played around with before I left for the trip. I was wanting to wear some fun but simple nail art while on holiday but totally messed it up while packing. (Isn't it frustrating when these things happen?) At any rate, it was pretty obvious that I had the beach on my mind when I came up with this, and to be honest, I still have vacation brain syndrome. I'm starting to realize there's no on/off switch so it's been doubly difficult re-settling after so much pampering. Before I go off on another tangent with my rambling, here you go, some beach waves inspired nail art: 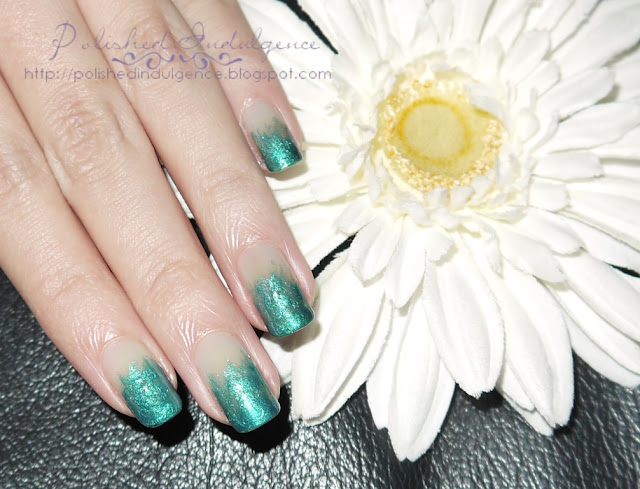 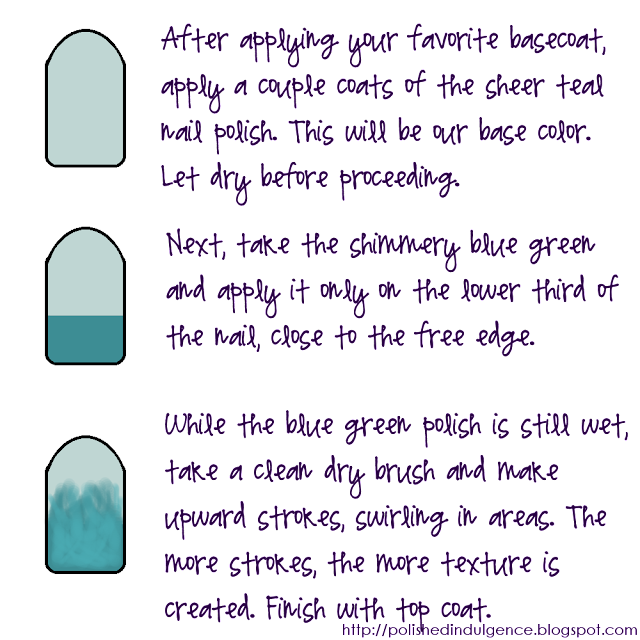 Two colors and a brush; it's really this simple to do. I got this idea from when I did the Hunger Games inspired flame nails, except to do it from the free end instead of from the cuticle area. I probably could've added another darker or lighter teal color to the Trophy Wife part to add some contrast and play around more with the texture, so that might be something you want to try if you give this design a go. Maybe adding some glitter would make this pop all the more! (Hammie says glitter makes everything better!) I really did enjoy the texture that brushing the polish up creates. If you swirl it around enough, it creates this fun texture that really mimics the look of waves. 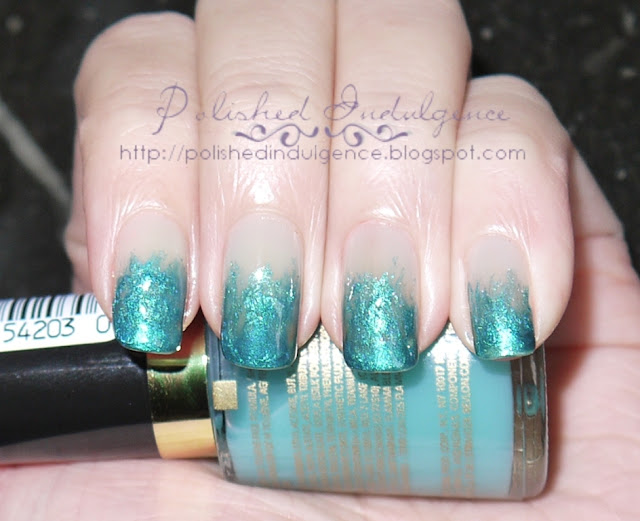 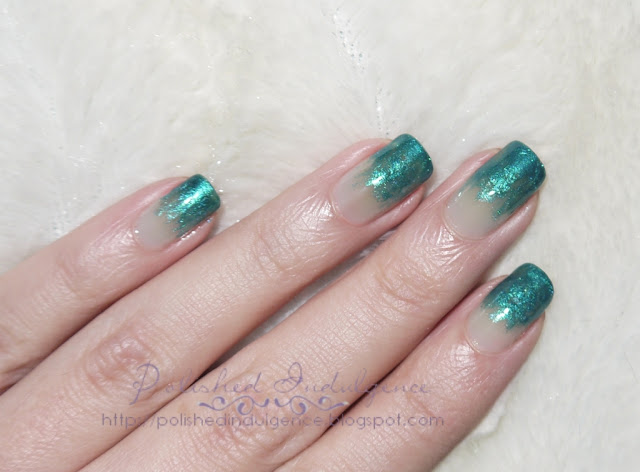 I was a little miffed at how sheer Sheer Seafoam turned out to be, but it still worked here, I guess! 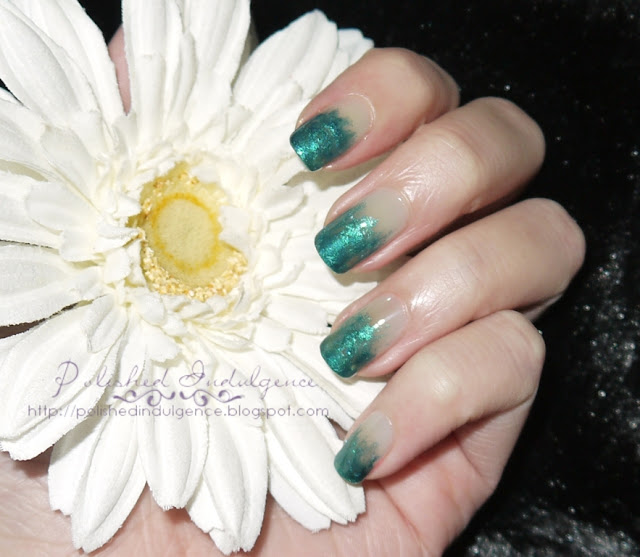 Gotta have some (fabric) flower love. 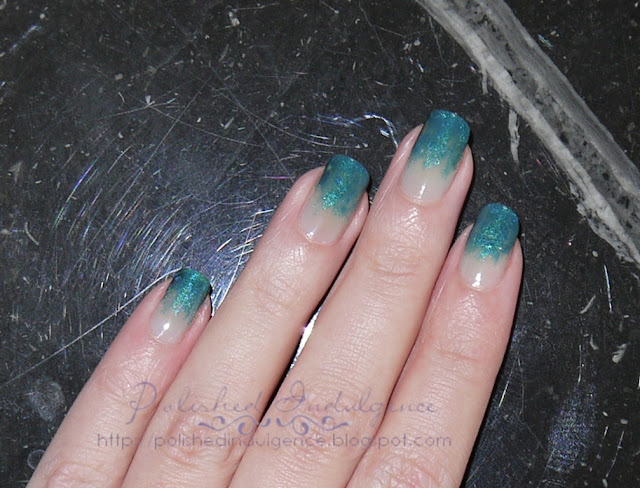 Against a dark background so you can see the very slight teal tint of Sheer Seafoam. 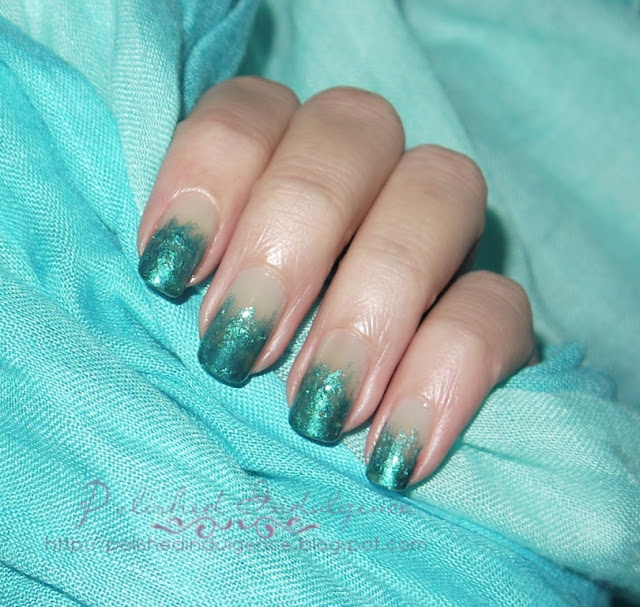 Hammie suggested that teal works with teal, so why not a photo with my favorite scarf?
Quick mini review on Revlon Sheer Seafoam: It's as sheer as its name suggests but not at all what I expected. This has such a diluted effect that I'd say it fits that class of polishes that's being called a "water finish". I have 2 coats on in these photos and you can barely see any color tint. Save yourself the heartache and frustration, pass on this one unless you don't mind something that really means sheer when it calls itself sheer.

Huzzah, we're midway through the week! How on earth did that happen overnight? :P With everything that's still left on my to-do list, I feel like time is slipping through my fingers and I've nothing quite to show for it, if you know what I mean. Anyway, inquiring minds (ie, Hammie) would like to know: What sort of nail art would you sport on holiday? Which colors inspire beach holiday thoughts for you? Would you even bother with a watered down color like Sheer Seafoam?
Posted by Carmela at 7:00 a.m.